It’s a whole new world out there. With the price of professional and prosumer production equipment within reach of even the most uninitiated of enthusiasts and burgeoning craftsmen, how does any one video/media company stand out amongst the rest? The consistent, day-to-day work that they do, of course.

Here at Atlantic we’re always thinking big. With so much going on across North America, absolute attention to detail (and the requisite amount of professional TLC) is a must for all productions. Even our smaller ones.

In this new series we’ll take a look at just some of the productions Atlantic is providing micro-services to, including crew and gear for across the country. (Read: we’re doing this because we love quasi time capsule-like things.) 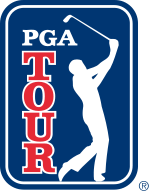 1) We have a one-man-band camera operator down in Miami with a C300 armed with two 70-200mm lenses, working with a producer from overseas on a PGA Golf Tournament documentary with some of their past champs.

2) Also down in Florida, one of our trusted sound operators will be lending a hand on a documentary being shot in Palm Beach which will focus on…the lead up to this year’s PGA Championship! (We promise this post isn’t a plug for the PGA! Unless we get to follow awesome golfer Clint Eastwood around for a day. In which case, we’ll certainly sound off. FORE!!)

3) Out west in San Francisco, we’ve got one more one-man-band with an EX3 shooting piece-to-cameras for a prestigious corporate client. The EX3 continues to endure!

And then there’s the super secret stuff we can’t talk about. At least not yet. Till next time, folks.

And don’t forget to keep up that swing. FORE!!