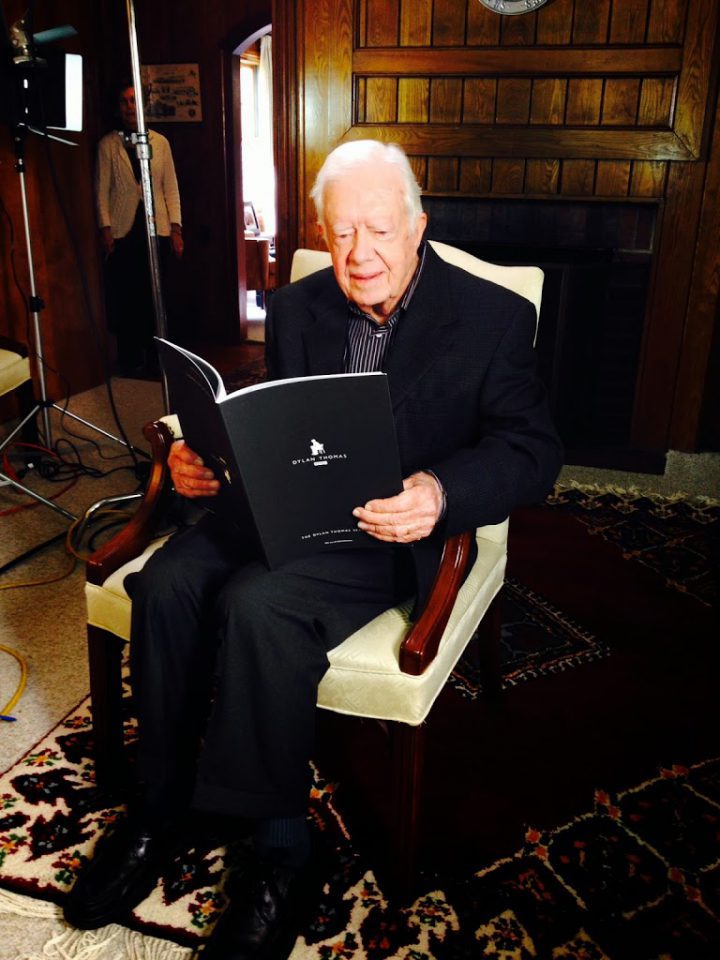 Atlantic Television has recently been honored with the opportunity to work with the BBC as they celebrate the late, great Welsh poet Dylan Thomas’ 100th birthday. There’s no better way to celebrate his literary legacy than getting an esteemed admirer to recite some selected works live on the air—Jimmy Carter!
Mr. Carter allowed our crew to stream the recital directly from his living room in Plains, Georgia, during the BBC’s televised reflection on Thomas’ life and career. A satellite truck parked outside of his home transmitted the feed directly and flawlessly to BBC Wales in real time. The former president performed exceedingly well under the pressure of reciting during a live feed, and Atlantic Television ensured a crew consisting of cameramen, a producer, and a sound engineer, made his tribute that much easier.