Hello everyone! We’re back to the production grind after celebrating an excellent end to 2014, and we look forward to a stellar 2015. A big thank you to everyone who has made Atlantic a success thus far! We truly couldn’t be here today if we didn’t have every single one of our producers, crew members, readers, production partners, and clients.

The Canon C300 is still the workhorse of the industry, and the shoots we’ve made happen with a C300 have almost always exclusively used CF cards to read/write footage that’s captured in the field. These little guys and gals can be considered the “individual cells” that make up the body of a successful shoot (if you feel like reverse-engineering your thoughts on anatomy and metaphysics, anyway). They contain all the hard work put in from pre-production till they’re delivered to the bay for editing. 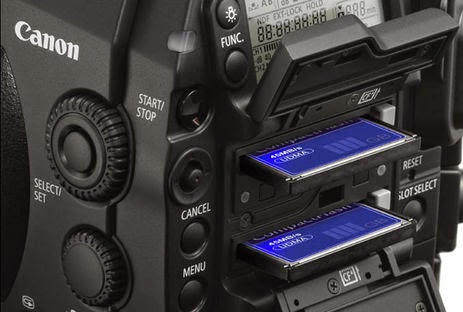 What happens to a corrupted CF card?

CF card corruption is more common than you might think, and fortunately you’re not completely out of luck. But if you’re not careful you could run out of time–literally.

CF cards have their own internal file structure and upon formatting one, that structure is reset and the contents can’t be shown on your camera or on a computer. But thankfully someone is smarter than all of us and designed CF cards to retain the contents of a card just prior to the corruption.

So, you’ve completely messed up and the card no longer functions. This is where you stop using the card and do NOT attempt to record more footage OR format the card multiple times. Please, for the love of production services and filmmaking–do not do anything else to the card!

At this point you have options. There are a plethora of CF card data recovery data programs available online that you can use to resurrect your fallen comrade. Read reviews online and avoid free programs (read: malware). You only have one shot at recovering your busted card and you don’t want to slip in a pile of your own negligence here. To be fair, it may not be your fault but nervous producers need someone or something to blame. Let it not be you and your $17,000 camera rig (read: deductible).

If all goes well, many worthy programs will be able to salvage most, if not at all the footage that was on the card prior to the incident. Additionally there are pieces of hardware that can be used in conjunction with certain programs to bolster your chances of recovering the card. But depending on how the card was corrupted, different areas of memory on the card may be corrupted beyond repair and video files that lived in that area of memory will be gone for good. It is generally unpredictable to know off-hand how much corruption there is on a card until you see what can be salvaged, and how well it read/writes after you format it and try it out. A good rule of thumb though is if there is any corruption you should just buy a new card.

Going back to the internal file structure for a moment, you can theoretically record 32GB of video onto a card, format it, and then use a recovery program to get those files back. But remember how we mentioned you may run out of time? If you record, format, and record 32GB of completely new footage then the original 32GB you recorded will likely be gone for good. So, don’t be a hero.

Unless you can recover footage from a CF card. Then you’re pretty great.

The fate of an entire shoot is in your hands, so long as you have a CF card or five in it. Be careful this 2015, folks!