Atlantic & USA Brave the Wilderness for “Mud, Sweat, and Beards” 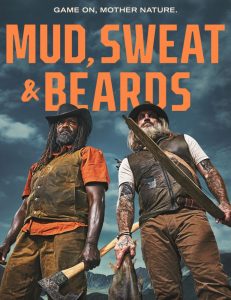 Imagine you were suddenly dropped into one of the most remote locations in the world with nothing but the clothes on your back.  Would you survive?  NBCUniversal/USA Network’s latest production, Mud, Sweat, and Beards attempts to answer that very question.  The show follows the adventures of survivalists and best friends Donny Dust and Ray Livingston as they take on the challenges the world has to offer—literally.

For the show’s electronic press kits, Atlantic interviewed Donny and Ray at the Ghost Ranch in New Mexico, where they relayed their story from their beginnings as a United States Marine and police officer, respectively, to their current profession as survival experts.

For the shoot, Atlantic provided a crew (consisting of a Director of Photography, a Field Producer, a Sound Operator, and a Gaffer with a 1-ton G&E truck) at the New Mexico locations of Albuquerque and Abiquiu.  The interviews were shot by our DP on a Sony FS7 and were conducted safely following COVID testing for all crew members prior to the shoot.  In addition to our crew, we had a hair, makeup, and wardrobe team—all of whom provided special effects makeup and costuming to enhance the duo’s ruggedness.  Finally, Atlantic also provided equipment to the show’s promotional photographer for sharp images that offset its wild setting.

Check out the show on USA Network today!