Atlantic and Universal Kids Do Press for 2018 Winter Olympics 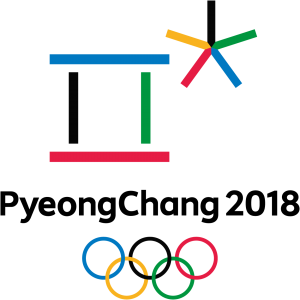 For many Olympians, getting their start from an young age was key to their current athletic success.  Essential to those early years of training was racing against the clock — so it only makes sense that they do the same before they went down to make their mark in Pyeonchang for this year’s Olympic games.  Only this time, they’re doing it in an impromptu series of challenges, in the spirit of the aptly-titled game show Beat the Clock!

Hosted by Paul Constabile, this tiny yet Olympic-sized version of the 1950s game show (which just premiered on NBC’s re-branded kids’ network, Universal Kids) has athletes from the 2018 U.S. Olympic Team participating in various winter-themed challenges.  In one video, athletes are challenged to stack 10 plastic cups with hands covered in oven mitts; and in another, they must place ice cubes into a bowl with the use of chopsticks!  Cookie Hockey has athletes attempting to eat cookies which have placed upon their foreheads, while the Marshmallows challenge has participants catching marshmallows with paper cups in their mouths.  Finally, the Winter Wardrobe showdown has athletes going full-speed, putting on items of winter gear — all whilst holding a cup of hot chocolate!

As part of an official round of press for the 2018 Olympic Games, held in Park City, Utah, the videos were filmed in a hotel room. In order to turn the room into a makeshift game show set, Atlantic was there to not only provide the crew, but also the various amenities needed for each challenge (gear, props, wardrobe, you name it!).  Our sound operator soundproofed the room with sound blankets, while our two production assistants put up a blue seamless backdrop, over which a table, standard-sized chairs and various props were set together.  Soon, it was a race to the finish as our makeup artist got our athletes camera-ready and our two DPs began filming on the Sony FS7.

Just as the athletes in Pyeonchang have mustered every ounce of strength, skill and speed to beat the clock, so too did our crew at Atlantic brave the constraints of time and space to accomplish the task at hand.

You can watch all of the videos on Universal Kids’ official channel on YouTube.