Atlantic & ITV Go Behind The Music 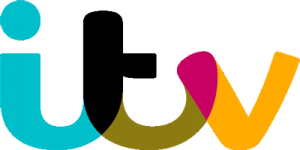 Behind some of music’s biggest successes are also some of its biggest failures.  ITV’s Breaking the Band continues its third season of parsing through the power dynamics of various hitmakers.  By recreating some key moments in these musicians’ careers and talking to the people who knew them, worked with them, and loved them, Breaking the Band attempts to make sense of the various scandals and outbursts that truly rocked our worlds.

Throughout filming of the latest season, Atlantic provided documentary-style crews all over the United States & Canada, each consisting of a field producer who conducted each interview, and director of photography who handled a Sony FS7 or FX9, lighting, and sound. Since each interview is of the utmost importance, we made sure the editorial team at ITV was able to participate in real time via Skype and Zoom.

With so many bands to cover and so many people to interview, a partial list of cities where we provided local crews include Philadelphia, PA; Nashville, TN; Savannah, GA; and Toronto, ON.

Breaking the Band is now streaming on Reelz, Tubi and Amazon Prime.