Atlantic Hits The Road with Brian Johnson and Sky Arts 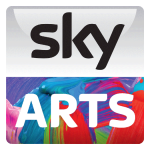 Everyone always wonders, or maybe only just hears about, what it’s like for a rock band to go on tour. There’s a reason the saying “sex, drugs, and rock and roll” exists, after all! But what actually happens on the road might surprise you more.

Sky Arts recently premiered season 2 of Brian Johnson’s A Life on the Road, a docu-series anchored around Johnson’s conversations with other famous touring artists. When you’re rocking and rolling at that level, everyone knows one another–and yes, they’ve all definitely partied together! That means there’s only a precious few people in the whole world who know what it’s like to tour at any scale, and how it’s both amazing and glamorous, but at the same time physically and emotionally exhausting.

The new season kicked off on a high note with Johnson’s conversation with Dolly Parton, which Atlantic had the privilege of capturing in Nashville, Tennessee. We provided a full local crew, including 3x camera operators with 3x Sony FS7s (and two of those had CineServos for easy on-the-fly b-roll!), 1x sound recordist, and a dana dolly for just the slightest bit of movement during the interview. We also provided a full lighting and grip package (composed of Divas and LitePanels), and rigged all of that and a complete video village during a set-up day. (Did we mention we only work with “rock stars?”)

If you’re a Sky subscriber, you can check out the episode here! If not, you’ll just have to keep relying on your imagination.